The bearings that were fabricated for finishing proceed to the plating process depending on the specifications of the applicable engine. Unlike the plating for decorations, the plating to be applied to bearings is a type of the soft type functional plating. This functional plating, that is called as the overlay plating, has a role to improve conformability so that the shaft and bearing are protected against the repeatedly imposed load. The overlay plating is used to form a film on the surface by soaking bearings in plating solution and applying an electric current. When some fine foreign particles are mixed in, they will be buried under this soft plated metal. In addition, the lead as the main material has a good affinity for oil, which enhances lubricity, while the tin strengthens the corrosion resistance property. By forming oil film on the surface, seizing is prevented, besides the corrosion resistance and the fatigue resistance can be improved. Isoda Metal started development of this technology at an early stage and succeeded realization of its practical use for bearings for the first time in Japan. 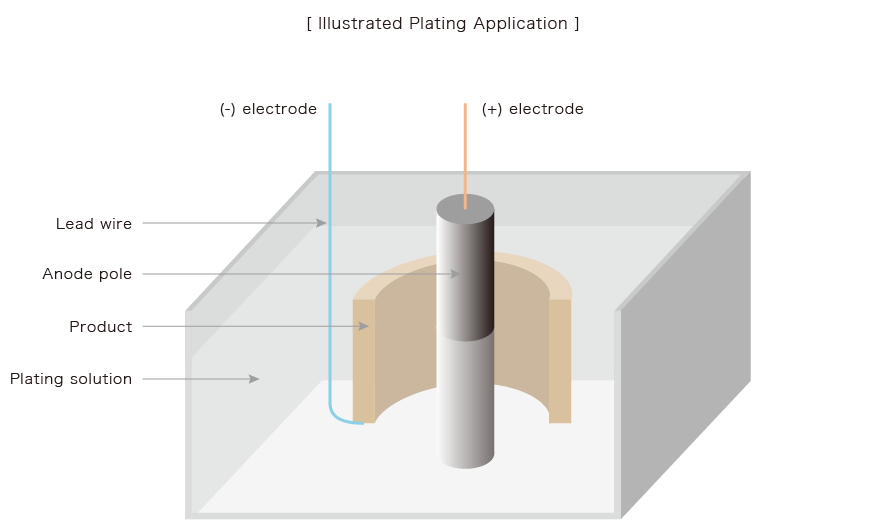 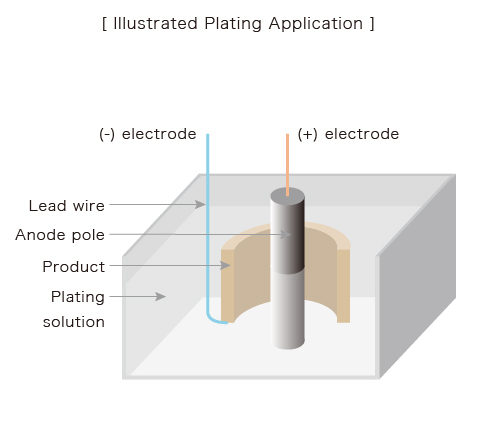